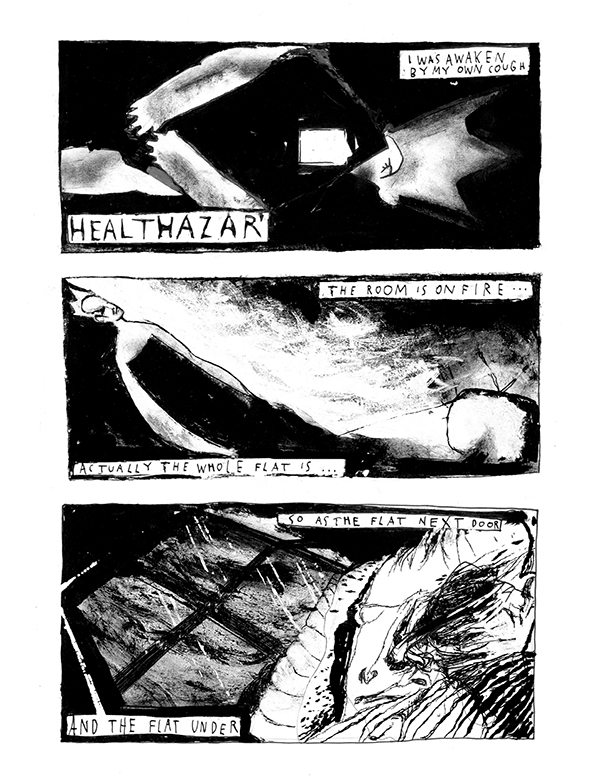 Aleksandar Opačić
Painter, graphic artist/novelist/designer/experimenter, 3D artist, 4, 5, one of the most prominent/excentric figures on the Serbian art scene, analogue and digital. Going deep in and far out, risking everything, the true original, one of a kind. Subtle but destructive, childlike but monstrous. Easy to admire, not so easy to let him take you in his own vertigo. Come. Comic fan since boyhood but didn’t start drawing them until he finished his academic studies and went into hiding to avoid being forced to join Milošević’s army. While NATO bombs rained on Serbia, Opačić found a lot of free time for drawing. Mostly, his work has no dialogue and involves lost/hunted characters caught in gritty cities/surreal landscapes. Published extensively in Serbia, in Komikaze (Croatia), Stripburger (Slovenia) and CBA. Member of Belgrade multi-media collective Kosmoplovci.