< BACK
Concept
Read about the two previous exhibitions here 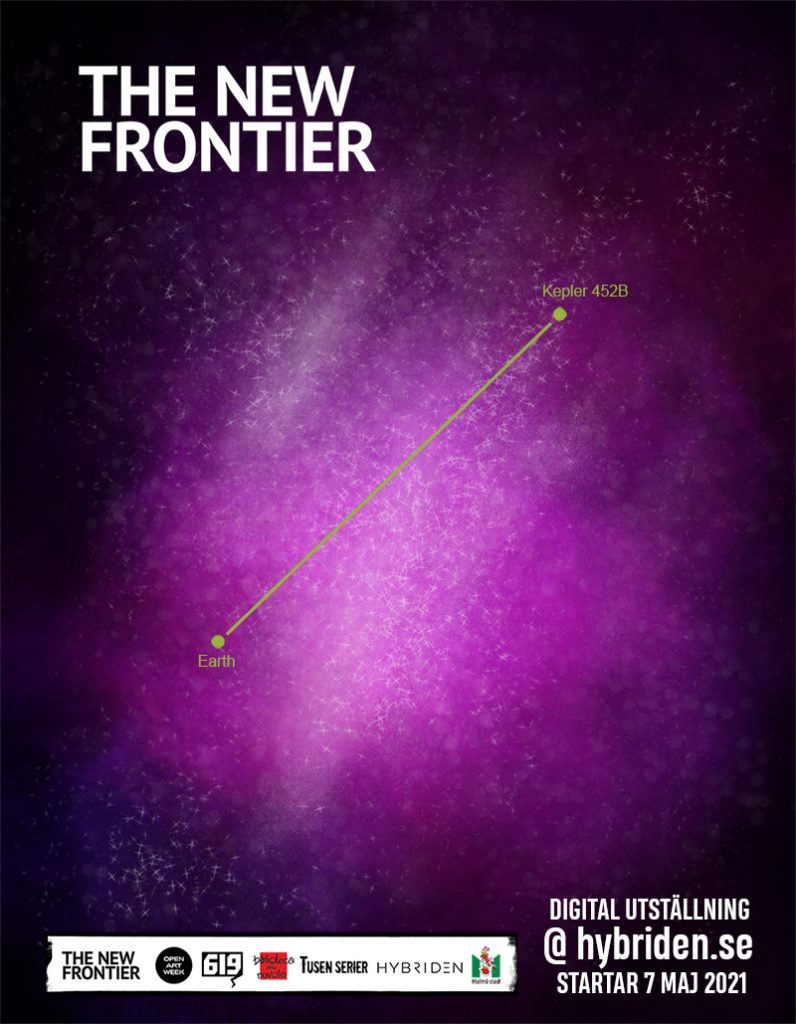 La nuova frontiera (The new frontier) is an international comic art project to draw attention to the most urgent “new frontiers” of our time through the imagination of renowned and emerging international artists from all over the world.

Conceived as a round-robin story, The new frontier is a story written collectively, relay-style, in different languages (Italian, Arabic, French, English…), with neither beginning nor end. Independent collectives and artists (cartoonists, graphic-designers, visual artists, writers…) were invited to create a strip, which as a piece of a puzzle contributes to write a wider common story, able to overcome geographical, social and economic borders.

Initiated in 2019, The new frontier is an open, on-going project. Each year a new issue is released and presented to the public both online – on the web-site of OPEN ART WEEK – and through art exhibitions touring internationally. Past and future issues are open to new contributions all the time, which is how the Tusen Serier edition came to be.
To date, two editions have been presented to the public. The one you’re visiting right now is not an addition to the first one.

The new frontier is a project initiated and produced by OPEN ART WEEK. In 2019 OPEN ART WEEK asked the Biblioteca delle Nuvole – one of Italy’s most important comic book libraries – and the multi-award winning Tunisian collective Lab619 to create, each with its own team of artists, the first issue of The new frontier, which since then has been curated by their respective founding members Claudio Ferracci and Abir Gasmi.

Fokus illustration – a Swiss independent collective – and the Swedish associations Tusen Serier, together with Hybriden further joined the project, respectively in 2020 and 2021.

Since 2019 more than 35 artists have joined it from over ten countries. Over ten international donors and cultural institutions have supported The new frontier to date.

Open Art Week (OAW) is a civil society project to connect independent artists and spaces around the world, transcending geographic, racial and socioeconomic frontiers. It operates by organizing an independent art week traveling in its partner cities, commissioning art projects and initiating creative collaborations and residencies across geographical borders and disciplines. Launched in 2018, OAW have supported to date the international mobility of over 100 artists, partnered with more than 60 art organizations, presented over 100 events in the fields of music, cinema, performance, visual arts… reaching more than 50.000 persons. In 2019 OAW has been acclaimed by UNESCO and the European Cultural Foundation for its innovative work and the significant impact reached in the cultural transformation of the MENA region. OAW is initiated and coordinated by the non-profit organization REA (Italy).
openartweek.com | Youtube | Instagram/Facebook: #openartweek

Fokus Illustration is an independent group of Swiss designers based in the Ticino Region.
Facebook/Instagram: #fokus_ticino

The Biblioteca delle Nuvole is one of the largest specialized comic and illustration libraries in Italy. Located in the city of Perugia, the library is open to the public. Admission is free. Users may consult and borrow books. Guided tours are organized by appointment. The Biblioteca delle Nuvole offers also drawing classes; cartoon-technique courses; art talks; personal and thematic exhibitions; conferences and screenings devoted to the promotion of comic art.
bibliotecadellenuvole.it | Facebook/Instagram: #bibliotecadellenuvole

Lab619 is an open and independent collective of experimental Tunisian comics, founded in 2013. It produces a comics magazine for adults: 619, the first of its kind in Tunisia.
Facebook/Instagram: #Lab619

Tusen Serier wants to open up the Swedish comics culture to make it a bit less Swedish. The association wants a greater variety in voices and perspectives, something that was missing in a homogenous publishing climate in a segregated Sweden. This is done mainly through publishing, workshops and exhibitions, but also by organizing the AltCom comics festival, running the exhibition space/comic shop Hybriden with the association CBK, as well as Fanzineverkstaden, a collective workshop for selfpublishing comics creators.
tusenserier.org | Shop | Facebook/Instagram: #tusenserier