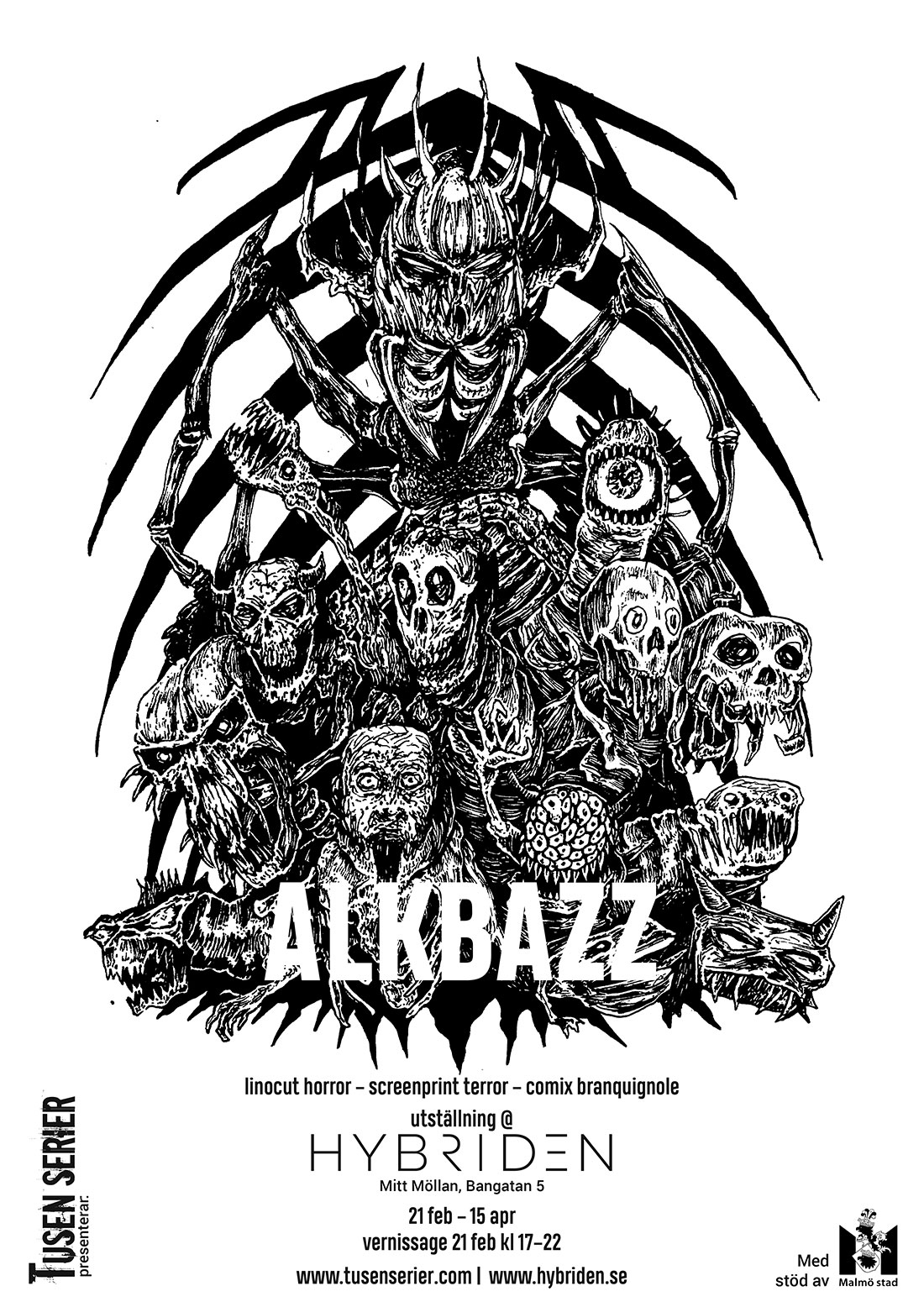 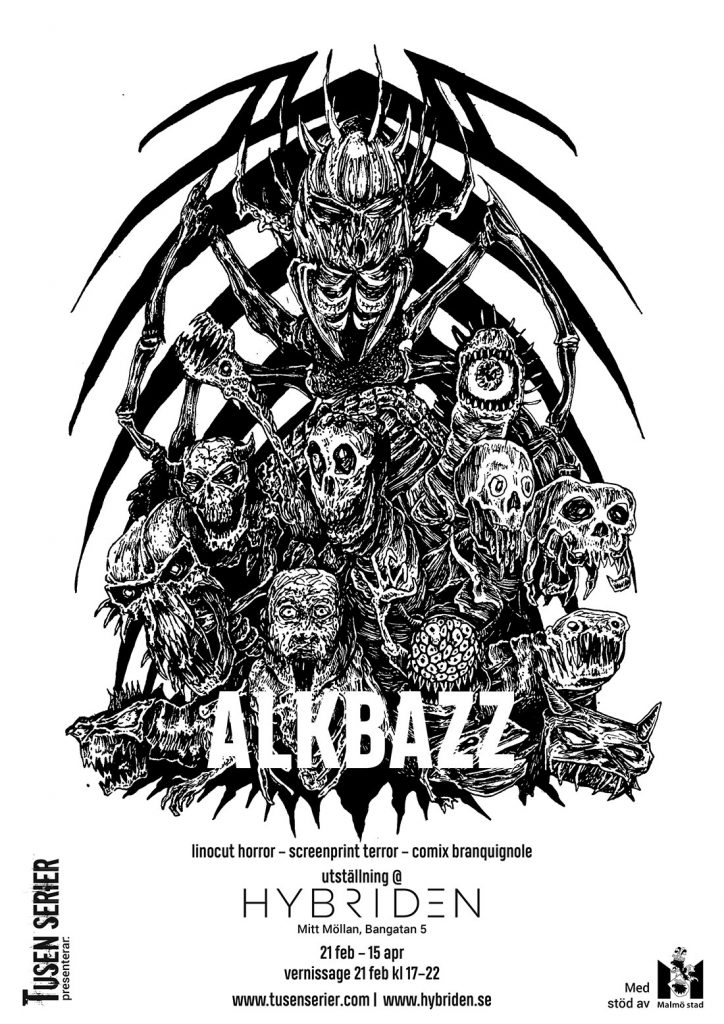 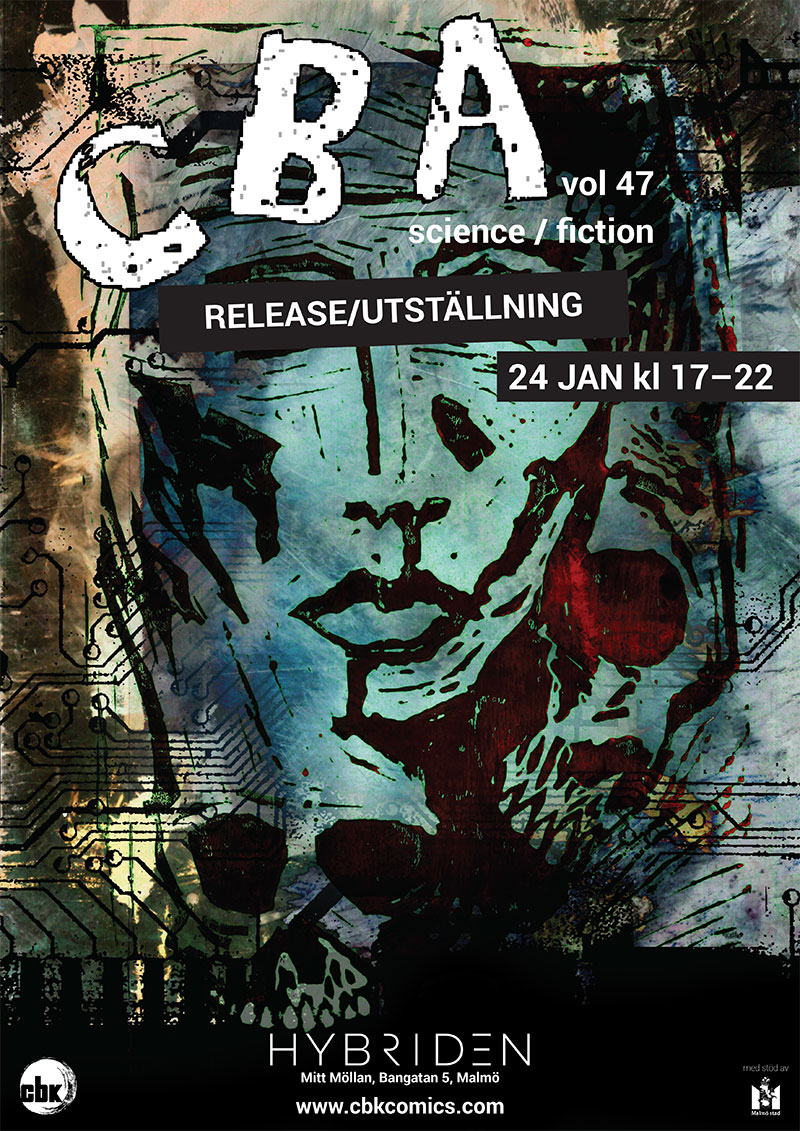 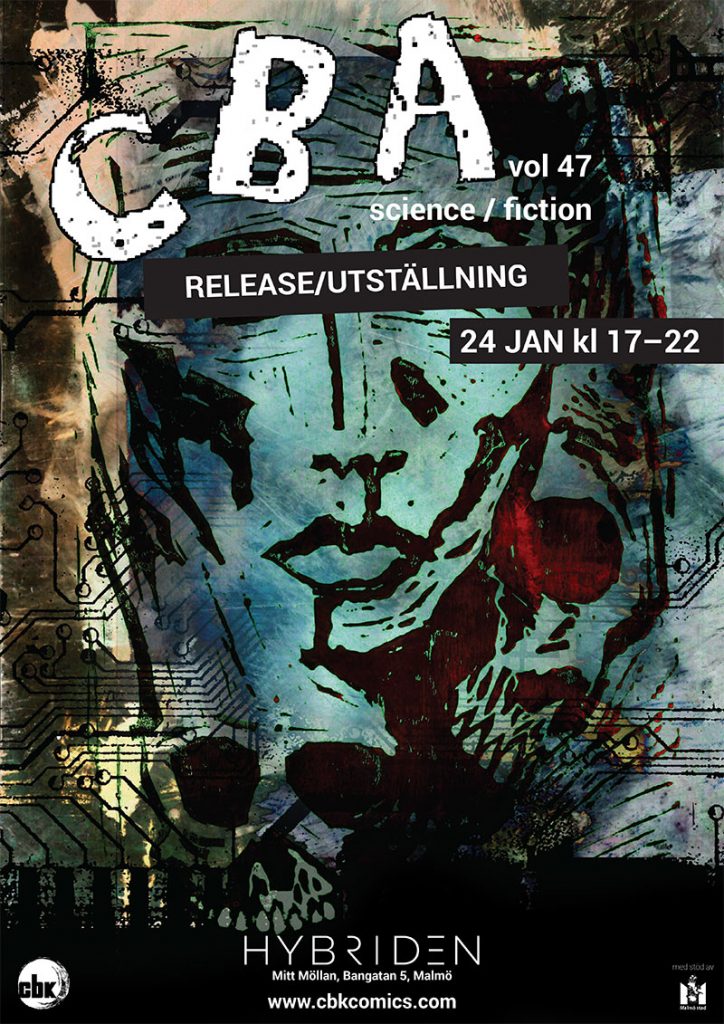 Welcome to the release event and exhibition for the latest issue of the international comics anthology! 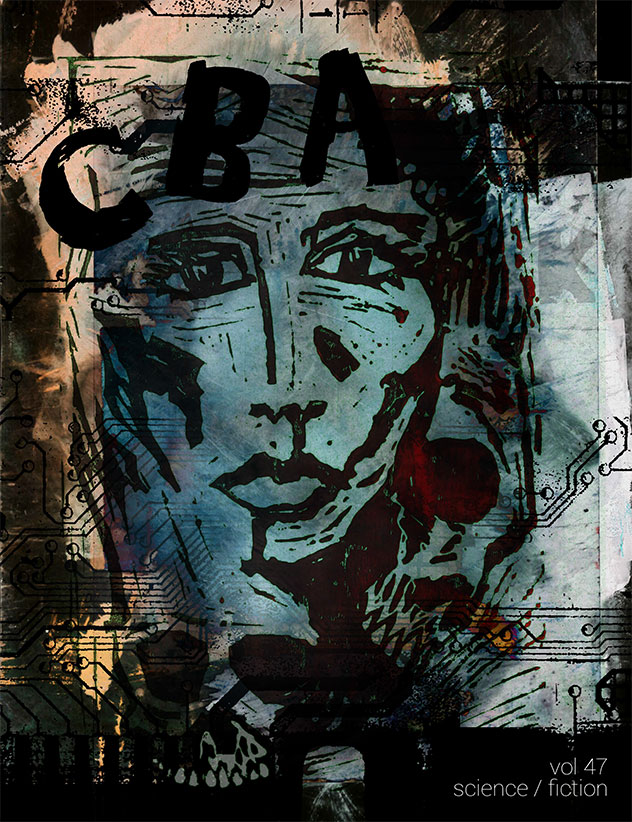 Science and fiction rule our lives. The laws of physics seem set in stone while the laws of man are arbitrary mirrors of the morality of the times. Gods and spirits are creations of the mind but also the explanation when comprehension fails. What lies beyond our understanding? Is it more science or something else? What dark forces lurk outside our field of vision? What machineries of death and destruction are we yet to invent in the name of money (which used to be metal and paper but is now to a great extent nothing but speculation and expectations)? What (or who) else meet in the intersection between science fiction and real science? What came first? The egg or the hatching machine?

If you can’t make it to Hybriden, you can order the book at the Hybriden webshop.

Feel free to invite people to the Facebook event. 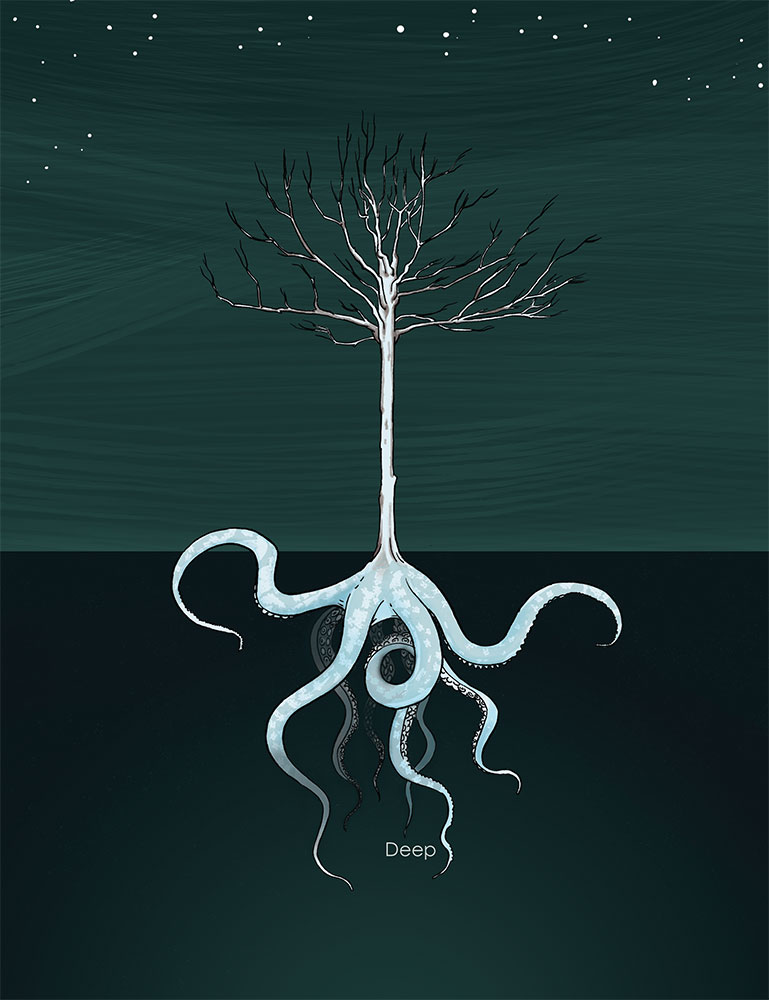 Release exhibition for the new volume of CBA.

What do we find in the depths? What lies in the depths in the oceans? What hides in the deep darkness of the corner of your room when you’re about to fall asleep? What thoughts trickle through your mind when looking deeply inwards, what do we find when we look where we can’t see? 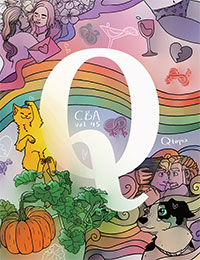 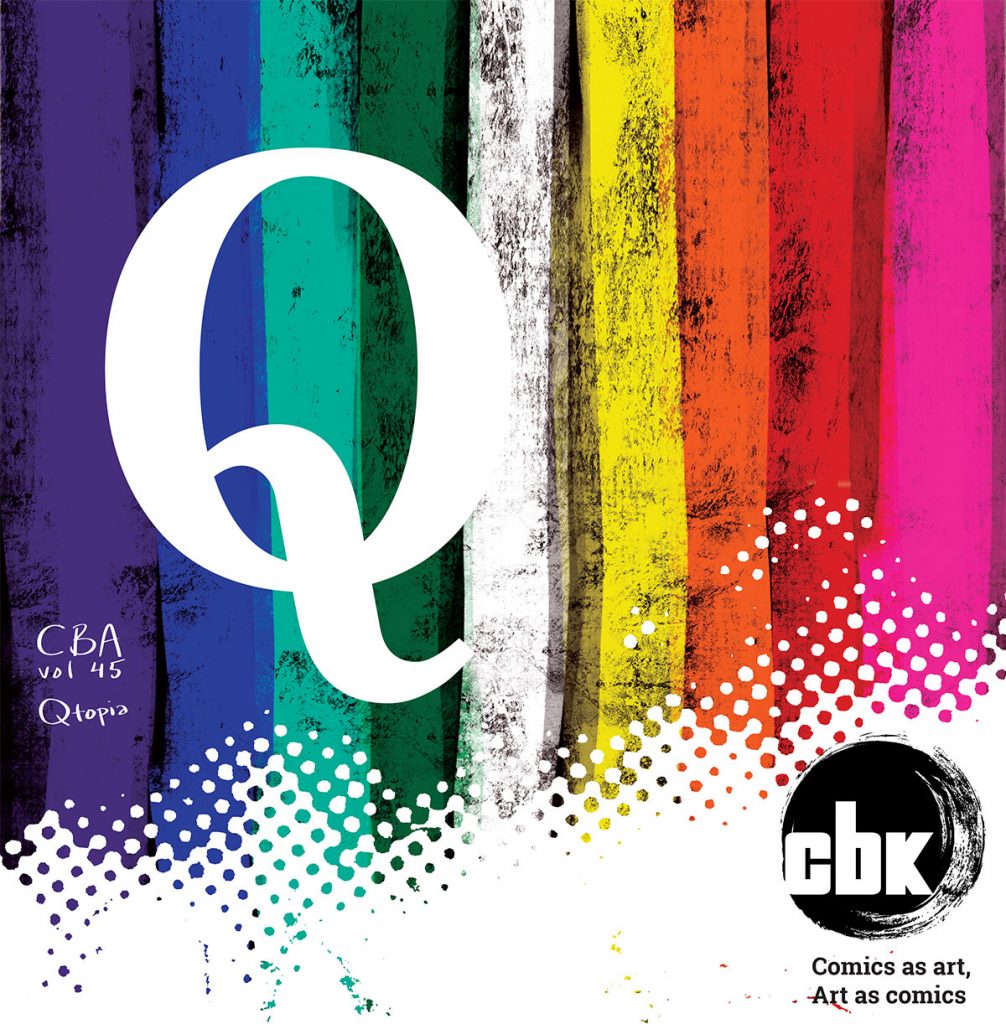 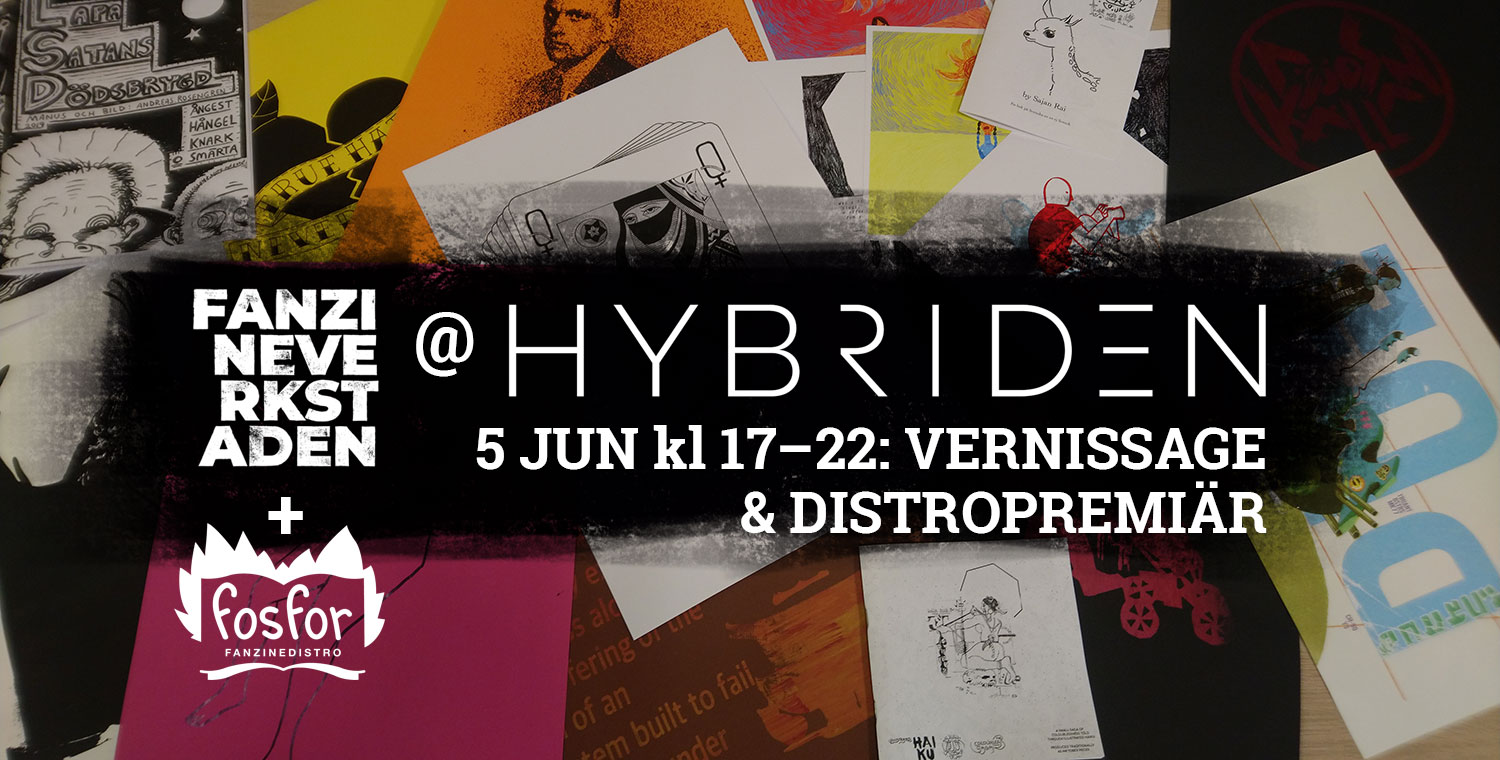 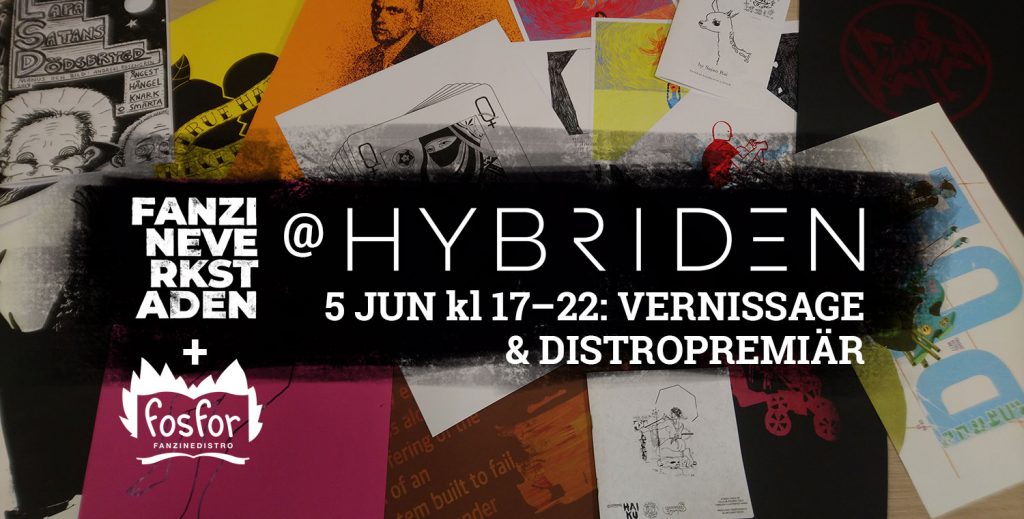 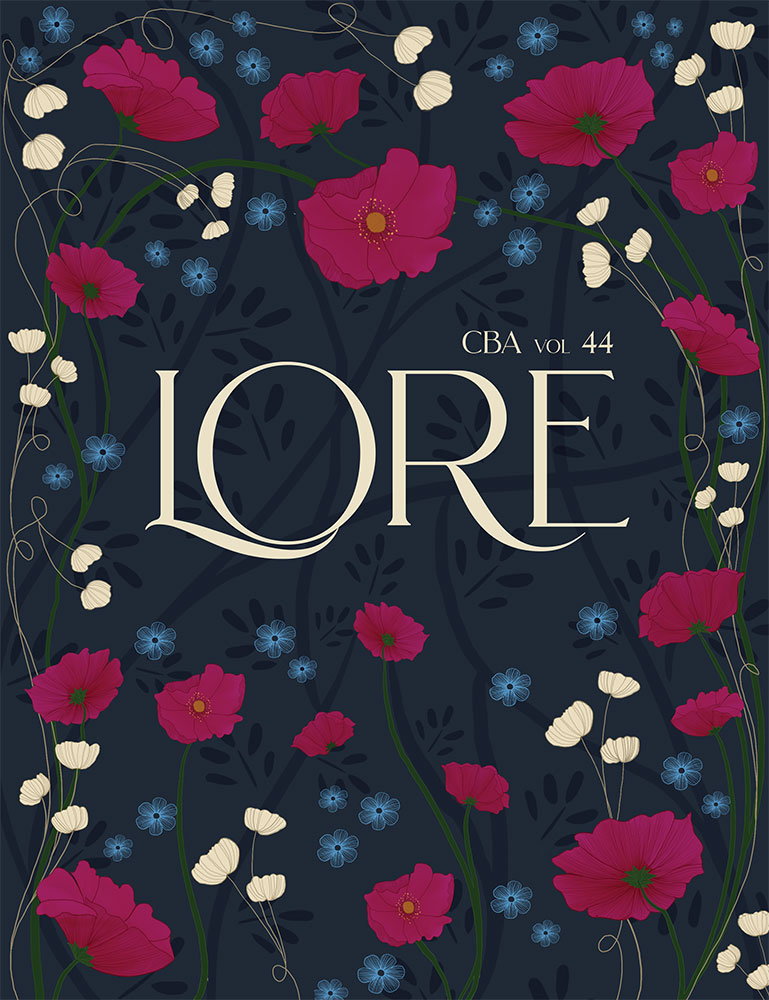 On march 15th we invite you to a new concept exhibition, reminiscent of classics like BLEED or ACETON (CH3COCH3) to celebrate the release of CBA vol 44.
Enter our enchanted forest and join us in another world at Hybriden! A small piece of the old woods, filtered through the current world and turned into a means for continuing the old storytelling traditions in new format. 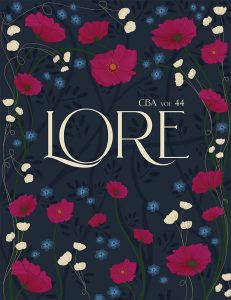 Folklore – it’s the stories our parents told us as children as well as a glimpse into another world, of fairies, trolls, and magic. But folklore is more than just stories about bad children who get eaten by witches; it’s our shared fears, hopes and dreams and they often share similar themes across the world. Folk tales have been told by an infinite number of people with equally infinite motives; some to warn, others to encourage and some who just try to make sense of the world around them.

In volume 44 of CBA we dig deep into the roots of folklore from different cultures and explore what it has to say about ourselves as human beings regardless of nationality.

We will serve snacks, drinks (with or without alcohol) and as always you will be able to buy the new volume at a reduced price.

We look forward to seeing you all there!

The exhibition is organized by CBK with support from Malmö Kulturnämnd. Prints were made at Mediaverkstaden and Fanzineverkstaden. 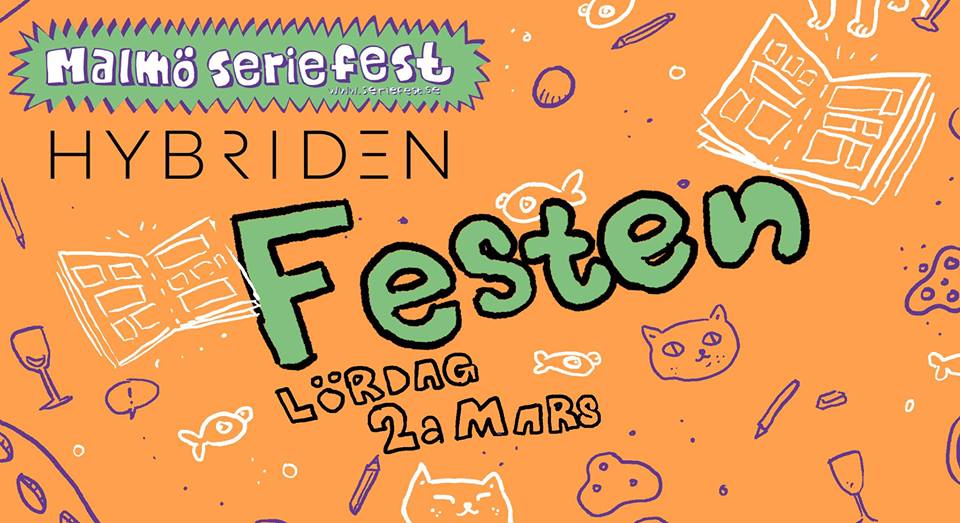 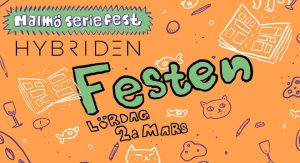 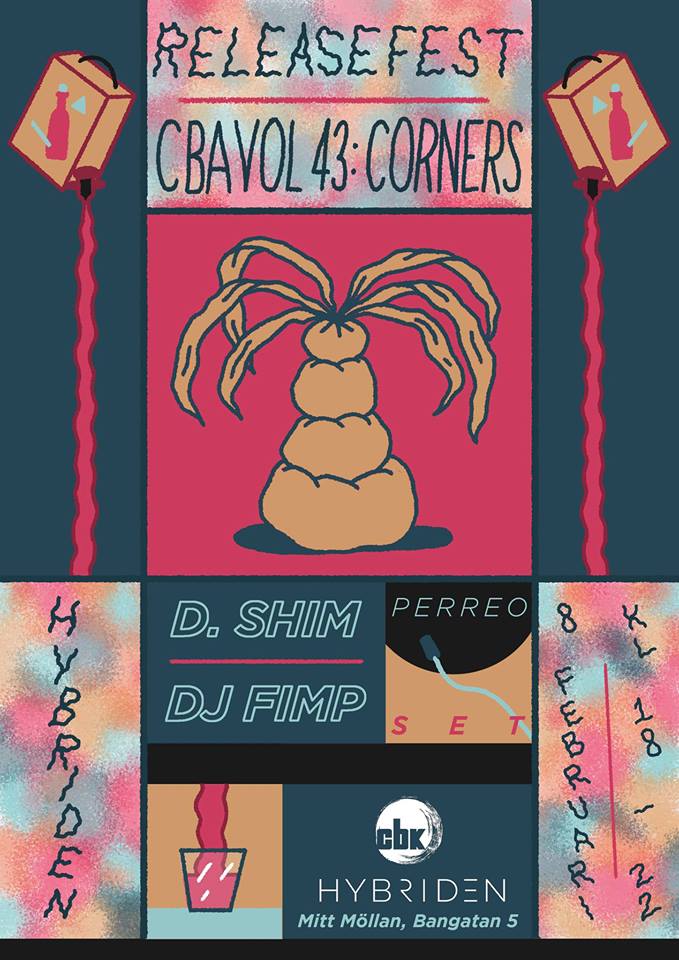 On the opening night, we also had an interactive shopwindow for the guests to draw on and leave their mark. Also DJS:
D. SHIM
DJ FIMP.

Exhibitions so far at Hybriden

This is a list of our exhibitions so far at Hybriden, with links to the CBK and/or Tusen Serier sites where you can read more about them.